Rachel Rueben on
The Authors’ Words with JD Holiday

Rachel Rueben had no intention of becoming a writer, but after school and a “real job” she lost all hope in humanity and wrote a book.  Her first novel,“Hag” a YA romance, made it to #10 on the Amazon’s bestseller’s list in the summer of 2012.  Her next project includes a series of supernatural books called, “The Eternal Bond Series” due out in the fall of 2013.
Rachel is a blogger, podcaster, and content contributor to several writing blogs.

Hag, YA Romance
Audrey is having trouble in school, her friends abandon her after her breakup from her ex Desmond. Forced into exile, she believes she’ll roam the earth alone until she meets Roddai the new boy from Chicago. Goofy and cute, Audrey winds up with a huge crush on him. However, her new love has a huge secret which he shares with Desmond and it threatens to destroy them all.
http://www.amazon.com/dp/B007PLASOA

Eternal Bond: The Vampire Novel Series
Infected with the Black Death, Elizabeth Rothchild believes when she closes her eyes for the final time, she will be standing before St. Peter at the Pearly Gates. Instead, she’s bitten by a vampire and reborn “Clara” savior of the damned.   Entrusted with an ancient power beyond her understanding, she isn’t told of the horrors that await her.  Manipulated by everyone she finds herself in a battle with the undisputed queen of the fold, Apollonia.  It’s a fight she is destined to lose…
Return to a time where magic was real and life was far from sacred.
https://www.wattpad.com/story/9877230-eternal-bond

I’m author and illustrator J.D. Holiday. I have three children’s books out: Janoose the Goose, Janoose And The Fall Feather Fair  & The Spy Game, all picture books, I have a chapter book for six to nine year olds, The Great Snowball Escapade, and an eclectic collections of short stories for adults in Stories & Imaginings For The Reading Spot.
Her site: http://jdholiday.blogspot.com/ & http://jdswritersblog.blogspot.com/ 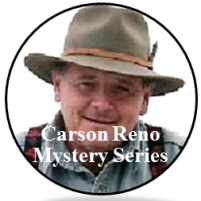 'Life is cheap - make sure you buy enough'

The Art of Blogging

Post, news, diary... All the world around me, ALL THE WORDS AROUND YOU

Tales of humour, whimsy and courgettes

madamtruefire on the hoof
A Cornered Gurl

I am more than breath & bones.

I AIM TO PLEASE THE YOUNG AND YOUNG AT HEART WITH POEMS DESIGNED FOR KIDS. READ ALONG WITH YOUR SMALL TOTS FOR FUN.. LET'S MAKE RHYMING FUN AND EXCITING!!!